Teaching “Perfect Womanhood”: A brief History on the Education of Girls

Until very relatively recently in Ontario schools, girls and boys were taught different subjects. Females were taught home economics and males were taught a vocational trade until 1973 in the province. In these courses, students were chiseled to assume the roles associated with their gender.

Home economics, a class sometimes called “family studies”, “home and consumer science”, or “household management” emerged in the late 19th century with the intention of teaching women hygiene, nutrition, cooking, and disease prevention. In 1897, the Ontario Minister of Education requested that Adelaide Hoodless, socialite and founder of the Women’s Institute, write a textbook for schools. This became Public School Domestic Science, a standardized text distributed to many classrooms across the province.

The First Edition of the Ontario Teacher’s Manual (1916, reprinted in 1929) from the collection at the Frontenac County Schools Museum, outlines the curriculum for a Household Management course offered to girls. “Laundry work”, “directions for care of the bedroom”, “direction for sweeping”, “bread making”, and “infant feeding” are only a few of the dozens of topics covered in the course. Although some subjects had a practical function of maintaining health and hygiene, it seems that the mandate of the course is targeted with a clear intent of shaping the female pupil into the role of homemaker and nurturing mother. The manual says that when a girl acquires these skills and she “begins to feel that some part of the world’s work depends on her, true character building will begin”. This is alarming, as it is claiming that the attributes and qualities of an individual who is a female can only be derived from her abilities in a domestic role. Therefore, these gendered classes were not merely urging for utility in these lessons, but were inciting a reliancy of a girl’s moral character to her performance in the household, and implying that a girl who doesn’t identify or accept this role, has erred in character and is somehow base or depraved.

This idea evolves in a complexity of ways with the central element being that girls are pulled, plucked and shaped into a very narrow range of roles and behaviours. A 1923 Book of Etiquette presents a conundrum of rules for a woman to follow even in the world of business (Chapter III). The book states that although women are now able to participate in business and industry, they must conduct themselves “in such a way that there can be no regrets”. By nature, this is a contradiction, suggesting that although she is entitled to a career in business, she is merely reduced to her appearance and demeanor, rather than her intellect or work ethic. Furthermore, she should be cautious because she really is not supposed to be there. The following excerpt is taken directly from the text.

But [by] her manners and dress[,] a woman determines her place, and the women who are careless of their appearance and careless of their standard are the ones who are hindering the progress of women toward the goal of perfect womanhood.

This illuminates several key issues in the way in which women have been educated. Firstly, the value and success of the woman is based purely on her physical appearance and presentation. Secondly, the text asserts that it is women who are preventing the progress of females, not the patriarchal system that is set in place. It is the fault of the women who are not adhering to the strict and limiting concept of “perfect womanhood” that are “hindering” others. This is blatantly suggesting that women are responsible for the oppression that they are undergoing. When reading this, I cannot be surprised by the issues faced by many women today. This is victim-blaming. Many women are still struggling with this issue today; being held responsible or dismissed for crimes acted upon them by men.

The early 20th century saw the development of home economics into a course covering more than just cooking and cleaning. In a text from 1962, Your Home and You, girls are taught how to behave in front of their date, dress according to their body shape and complexion, host a dinner party, manicure their nails, and manner themselves as ‘ideal housewives”. 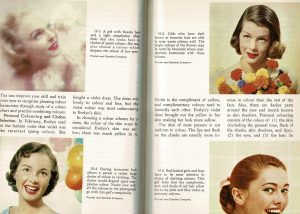 Figure 1: How to dress according to one’s complexion 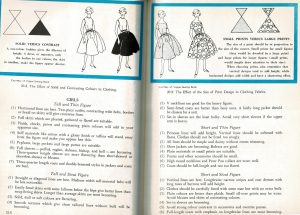 Figure 2: How to dress according to one’s body

Combining just the two elements from figures 1 and 2, already limits women’s options for the expression of their bodies. Although it is problematic to control the physical appearance of children, what I think is even more detrimental is how girls were taught to behave and interact with others. Her looks are not only her most important feature, but she must also adhere to the expectations of comportment, being “cheerful, smiling, and poised”. With so many rules to follow, I wonder what space if left for a girl to develop her individuality. Furthermore, telling girls to always be cheerful, is forcing them to accept their oppression and making it socially unacceptable to stand up for themselves.

While girls are being taught to be passive, supportive, nurturing, and charming figures, I wonder what behaviours boys are being taught in their auto-mechanics or carpentry courses. It is no mystery that young men are encouraged to be independent, active, assertive, and resilient people, however this instruction is not formally instructed like it has been to young women.Why must women be so shaped and cured in their disposition? What is it about the nature of girls that was so unacceptable? This question can only be answered by the patriarchal system which women and men alike have been subject to for centuries. The division of labour, the objectification of women, and gendered education, have hindered the progress and rights of women and men for centuries.

Although I did not go through the school system in a time of gender-segregated classes, there is still something to be said about this attitude for girls growing up in Canada. In my childhood, I was discouraged from speaking up, disagreeing with ideas, and being anything but cheerful in public. Even in High School, I was deterred by a school administrator from enrolling in robotics simply because girls “usually didn’t take the course”.

The education of children plays a large role in who they become, how they see themselves, and how they interact with others. Teaching students, friends, and institutions to reject the patriarchal system will only push society forward – women, men, and gender-fluid individuals. This International Women’s Day, I encourage you to reflect upon a way in which you can ameliorate gender equality.

Do you have some free time to offer?

Here are some current volunteer opportunities:

Public Programming and Special Events Volunteer: We are always looking for additional volunteers to assist the museum with our public programs such as: teaching a lesson as an early 1900's schoolmarm or schoolmaster, assisting at community outreach events such as the Regional Heritage Fair and March of the Museums and helping organize and plan other outreach events such as speaker series.

Museum Maintenance Volunteer: Volunteers willing to assist in general day-to-day maintenance of the museum are a wonderful asset to our team. Duties include but are not limited to; tidying, dusting, organizing and picking up supplies for the museum.

Marketing Volunteer: We are looking for volunteers to help us enhance the museum's online and public presence through the development of entertaining and engaging social media posts and preparing marketing packages for schools and community groups in the area.

The time commitments required for these positions vary and can be adjusted to fit your schedule.

Please contact the museum to learn more about these opportunities.

Please visit the Support & Donate page of this website for opportunities.

We want to bring the museum to you! We have developed a virtual museum program with curriculum links to Social Studies, Language and Math. This virtual program has been created through Google and is geared for students in grades 2-4, and teachers!

By clicking the button below, you will have access to everything you need, including information on how to use the virtual museum, links to additional resources, curriculum connections, and more! While this experience has been developed for educators and their students, individuals are able to access it as well!

Please contact the museum at info@fcsmuseum.com if you have any questions!

Take me to the Virtual Museum!